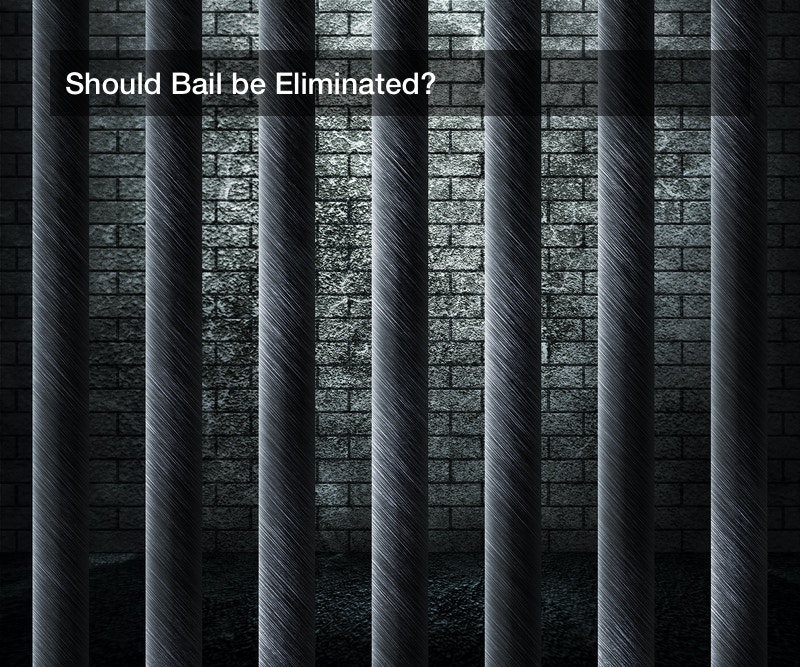 In the United States, bail is a process where a person pays a sum to the court to leave jail before they are put on trial. The process starts with the arrest of the person, typically at a traffic stop. The judge will decide if the person will be granted bail. Bail is usually set high enough that the person needs to get the money back so they will show up for trial. The person can achieve this by bail bonding through a bail bondsman service. You can pay them a small percentage of the total bail, and they will post the bail on your behalf so that you can leave the jail. So, how long after bond is posted are you released? It often depends on the time of day and the number of prisoners that are being taken care of. In many cases, it’s pretty quick.

That is how a person of limited means can get out on bail, meaning a poor person does not have to sit in jail till their trial is scheduled. Once the court has got bail in its entirety from the bondsman, the court and police do not keep tabs on the person who will be standing trial. The bail bondsman is on their own to keep tabs on the person they loaned the money to. The way to ensure they are getting bond back is to make sure the arrested person shows up for their trial date.

So, how to find out if someone has bail? You can call the main jail and inquire about it when it comes to a specific person. Many jails will give you that information. And, how to find out who bailed someone out of jail? Often this is more difficult to find out. The jail may give out this information, or they may not know exactly who it was that posted the bail. How to find out who paid someone’s bond? It isn’t always possible, but you can always call the jail and ask them.

One question that people have been asking is whether bail should be eliminated. The reasons for this cite the inability of certain people to post bail, such as drug abusers and the homeless. Once someone is arrested, they need to pay bail to get out of jail. This assures the court system that the accused party will show up to their bail hearing cases. In the event someone can’t afford their bail, they go to a bail bond agency for help. If however, the accused party leaves town, basically skipping bail during trial on a bail cash or bond, the bail agency will come looking for them. Bail judgements are given in varying price points depending on the seriousness of the alleged crime. That’s even if bail is given. In some cases, people have been accused of crimes so heinous that they are denied bail. Right now, the law protects people by not allowing for excessive bail. However, to get rid of bail altogether would give criminals no excuse for not returning to court for their alleged crimes.

There is a new movement in the U.S. surrounding cash bail. The question being raised is: should bail be eliminated? This is a complicated issue that involves many issues including homelessness, drugs and mental health, and basic fairness.

Here are 10 issues surrounding the question: should bail be eliminated in the U.S.?

Bail Is in the U.S. Constitution

Importantly, the U.S. Constitution does not provide an explicit right to bail in all cases. Instead, it only prohibits excessive bail. This has two important consequences:

One reason underlying the question “should bail be eliminated” is the idea that these principles in the U.S. Constitution are not sufficient to protect the rights of criminal defendants who cannot afford bail, like people who are homeless, mentally ill, or addicts. 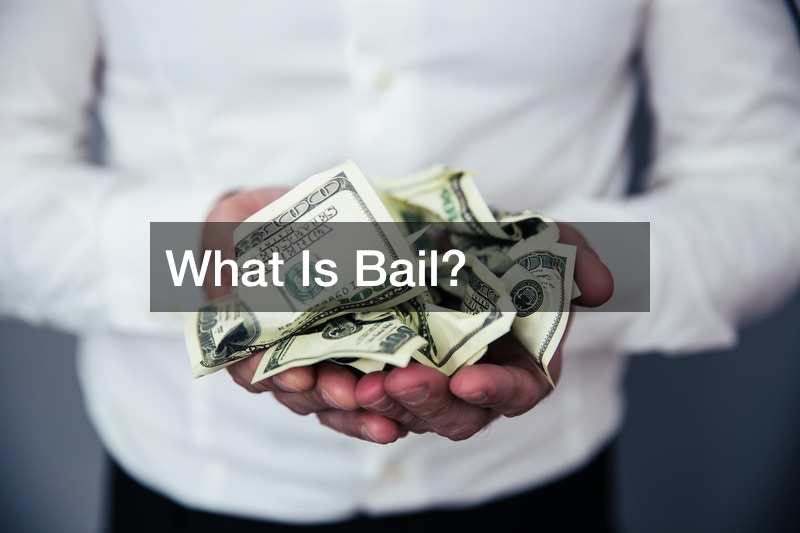 If you are trying to find out what are bail bonds used for then this is the article for you. Paying bail to get out of jail is not as simple as one would like to believe. It involves getting arrested for a crime and having to appear before a judge who will determine the money that will act as insurance between you and the court. As a defendant, you are eligible to pay your bail in cash, but if you are unable to pay it for whichever reason then you can use a bail bond service agent who will act as surety by pledging money that will be used as bail for your appearance in court. However, posting bail for someone else is not as easy as it sounds because most states require professional bail agents to have a license and to have an educational background. A bail bond service agent is then appointed by an insurance company to post bail required. However, these professional bail agents may have to ensure that a defendant appears in court either by asking them to check-in via telephone calls or to be monitored somehow. Consequently, failure to appear in court by a defendant that leads to bail forfeiture can result in a bail bond services agent hiring a bounty hunter to recoup a percentage of the forfeited bail amount.

Bail works the same way. When a judge orders you released with bail, you give the court a quantity of money as security with your promise to appear in court. If you do not appear in court, the bail money is forfeited, meaning that the court keeps it. If you make all your court appearances, however, your bail money — minus an administrative fee — is returned.

The bail amount is set by a judge at a bail hearing. You, a family member or friend, or a bail bond agent (more on this next) arranges payment directly with the court.

What Is a Bail Bond?

A “bond” is a contract. A bail bond is an agreement between you, the court, and your bail bond company. The agreement contains promises from each party:

The court agrees to release you until your case ends. Your release may come with conditions, but as long as you are not arrested for another crime or violate any of your release conditions, you remain free.

You agree to post part of the bail (usually 10%), abide by your release conditions, and make all your court appearances.

So should bail be eliminated?

What Should I Expect Upon My Arrest?

What can I get arrested for? Now that we know the basics of understanding bail bonds by answering “what are bail bond payments,” let’s get into what you can expect when you’re arrested. When you pay bail bond with credit cards or checks, this is only one part of the process.

To get arrested, you need to commit a crime. This could be a serious traffic violation, like a DUI, or a misdemeanor, like shoplifting. Upon your arrest, you will be handcuffed and taken to a police station (also known as a precinct). They will take your name and other important information including, your social security number, your address, your date of birth, and more. You will also have your fingerprints taken. You will then be booked and appear in front of a judge for your arraignment. In the event that you’re charged with the crime, you will have to spend time in jail for your crimes, pay a fine, perform community service, or a mixture of the three. To get out of jail, you can use a bail bond agent.

But what happens if you miss a bail bond payment? Should bail be eliminated? Let’s learn more.

How Bail Is Used by Judges

Should bail be eliminated? When a criminal defendant is arrested, the first court appearance usually occurs within a few days after the arrest. At that hearing, the defendant is notified of the charges and a judge determines whether the defendant should be held or released.

The judge’s options include:

Often, judges set a high bail or cash-only bail with the knowledge that the defendant will not be able to meet the bail requirement and will remain in jail until trial. However, this twisting of the purpose of bail raises the question — should bail be eliminated?

Benefits of the Bail System

For those who ask — should bail be eliminated? — there are a few benefits of bail to consider:

Problems with the Bail System 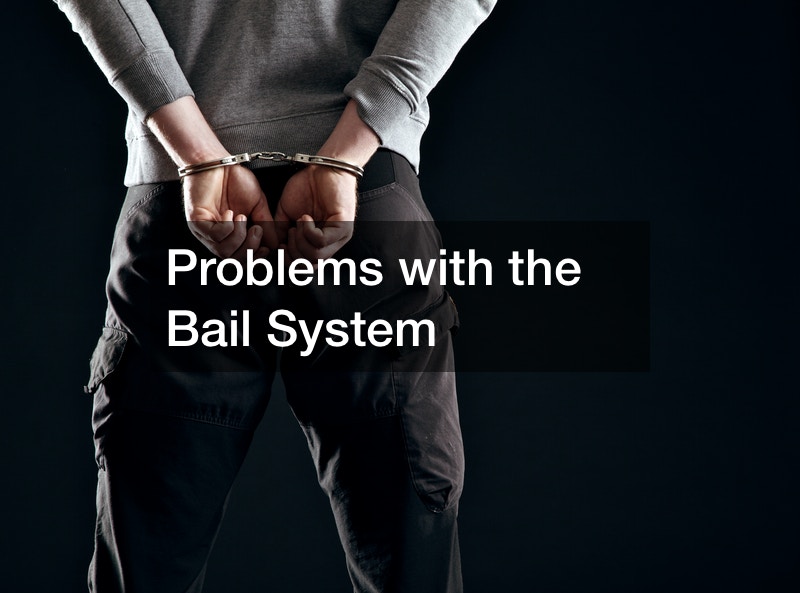 Despite the admirable intentions of the bail system, legal scholars do raise the question — should bail be eliminated? The bail system has many theoretical and practical problems including:

Negative Effects of the Bail System on Jails

In addition to potentially keeping people in jail rather than allowing them to contribute to their families and society, the bail system has also overwhelmed jails. This level of overcrowding has led even law enforcement to ask, should bail be eliminated? Under the bail system, the resumption is that most criminal defendants will be held until posting bail or bail bonds with the other options, ROR and remand, being applied rarely in the extreme cases.

However, many people have no support to assist them in raising the bail or are unable to raise enough money despite the efforts of friends and family. In these cases, this means that criminal defendants wait in jail until their trial even though they have not been convicted of any crime.

Most people would view this as unfair. Criminal defendants are routinely held in jail, deprived of their freedom to work, support their families, contribute to society, and generally improve their lives merely because they have been accused of a crime. Unfortunately, there is no way to compensate them for the lost time they spend in jail even if they are eventually acquitted at trial. This basic unfairness has even judges questioning, should bail be eliminated?

Alternatives to a Bail System

Some legal scholars answer the question — should bail be eliminated? — with a resounding “yes!”

These legal scholars suggest replacing this system with a presumption that everyone will be ROR unless the judge finds a compelling reason to require the defendant to pay bail or remand without bail.

Reforming bail is intended to eliminate the inflexible bail hearing in favor of a release unless the prosecution can present reasons to a judge to delay or deny release.

Benefits of a Presumption of Release

A presumption of release has many benefits:

Test Cases in the U.S.

Several jurisdictions have tried bail reform with success. Washington D.C., New Jersey, New York, Philadelphia, and Harris County, Texas have applied a presumption of release. Under these programs, over 90% of criminal defendants are released without bail (either ROR or supervised release) and they achieve courtroom appearance rates between 80% and 90% — the same as defendants who pay bail. In other words, when criminal defendants are released without bail and required to check in with the court rather than bail agents, they are just as likely to show up for court.

These successes prove that the question “should bail be eliminated?” is not naive. In fact, it proves that with a thoughtful plan, bail can be eliminated with no adverse effects.