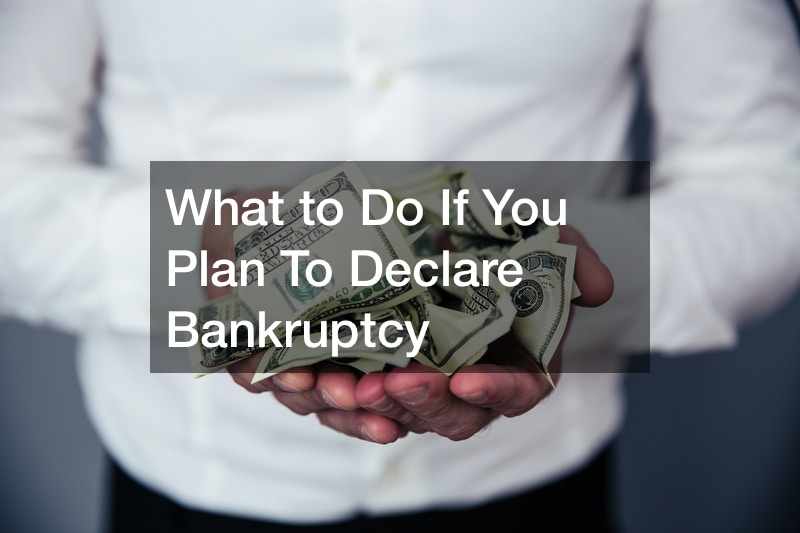 Bankruptcy has always been a bit of a stigma socially, like getting bail for being charged, but in our modern society and with the ups and downs of the economy in the last 15 years, the legal correction process of bankruptcy is becoming far more common than ever before. In fact, in one year in 2017, the federal courts saw 767,700 new filings, and this was a reduction from previous years. The bankruptcy courts used to see 1.5 million filings annually right after the 2009 Recession. So, in a nutshell, bankruptcy is not rare; it’s increasingly common and one of the most common reasons tends to be medical debt because it hits so fast, includes high amounts, and it devastates people typically in later life when their income tends to be fixed.

Preparing for bankruptcy, however, can be another phase and process as well before even getting into the actual filing proceeding. Why? Because if a person doesn’t take the right steps before the official filing, it can make things extremely hard during the bankruptcy procedure. Worse, the bankruptcy approval from the court might not even go forward, making things far worse than before. So, preparation is as important as the actual filing and bankruptcy itself.

Before engaging in anything, it’s important to understand exactly what bankruptcy means to a person’s life. The formal filing is technically a request for the bankruptcy court to come in, take over one’s entire financial life, and straighten things out. It’s an acknowledgment that the person is in over their head and needs a complete correction by an outside legal party. The court then appoints a trustee, an officer of the court, to go through everything, every asset, and every detail until the person’s financial estate is straightened out, whatever debt can be paid is done, and then the rest is either wiped out or rearranged.

Alternatively, with a different filling, the court can set up a monitored payment plan that is feasible for the party versus what the lenders want. Instead of a full bankruptcy, this is known as a reorganization. Once the debts are paid off, then the person comes out of reorganization and is free of the court’s monitoring again.

Whatever people might hear, the truth is that bankruptcy is not a free pass of any kind. The bankruptcy court will have full control of a person’s life financially, and anything being hidden or not following the court orders can get a person in trouble with criminal charges. So, there is no joke or fooling around. If a person is not ready to take on that kind of a process, bankruptcy should not be filed. 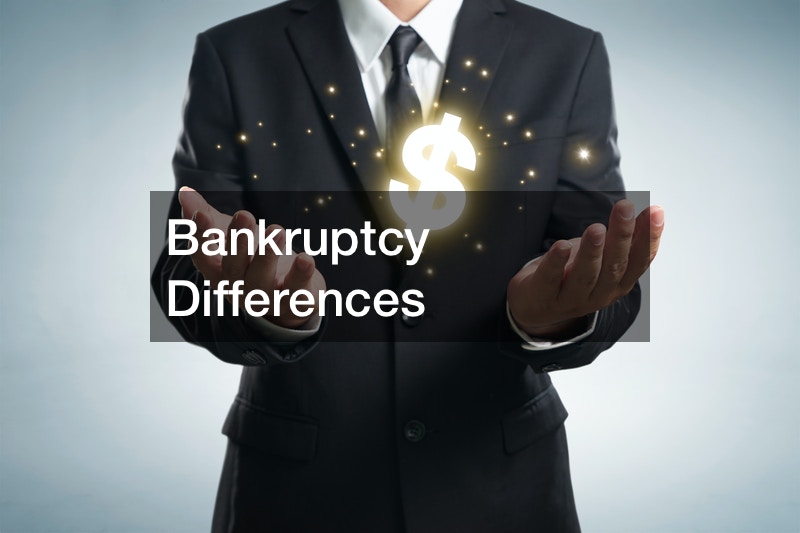 Bankruptcy filings are made in two forms by consumers, Chapter 7 and Chapter 13. A Chapter 7 filing is a complete dissolution of one’s debts. The court goes through everything with its trustee, determines the full extent of assets, pays off any debts possible in a specific order with secured debts being handled first, and the remaining debt is then dismissed legally. When the party exits the process, he or she has essentially a ‘clean slate’ from any prior obligations (with a few exceptions), but that person also has the ramifications of the legal proceeding for up to seven years afterward. The most notable effect is bad credit and literally being financially untouchable during that period. The filing is also a public record, which could affect someone’s employment as well as social standing. However, many feel those don’t matter much if they can hold onto their job and still have a roof over their head.

Chapter 13 bankruptcy filings involve a legal reorganization versus a full dissolution. In these cases, the bankruptcy court again goes through everything but approves a schedule and plans how the filer will pay down his or her debt. In these circumstances, the debt is not dismissed. Rather, the payment schedule is delayed or reduced so that the filer can manage the payments and eventually get out of financial trouble. The progress is monitored by the court’s trustee and the reorganization status is not dismissed until the plan is completed. This method of bankruptcy is legally more favorable, but it only benefits the lenders owed the funds who might otherwise take a total loss with a Chapter 7 filing. The filer still has the public proceeding, legal status, and bad credit following the process.

Understanding the differences in the two filings above is key to know which path to take for one’s personal case. Don’t rely on what someone else did or general statistics. Your case and circumstances will be unique and the decision provides critical path choices on how to file.

Being Clear on the Reach of the Filing 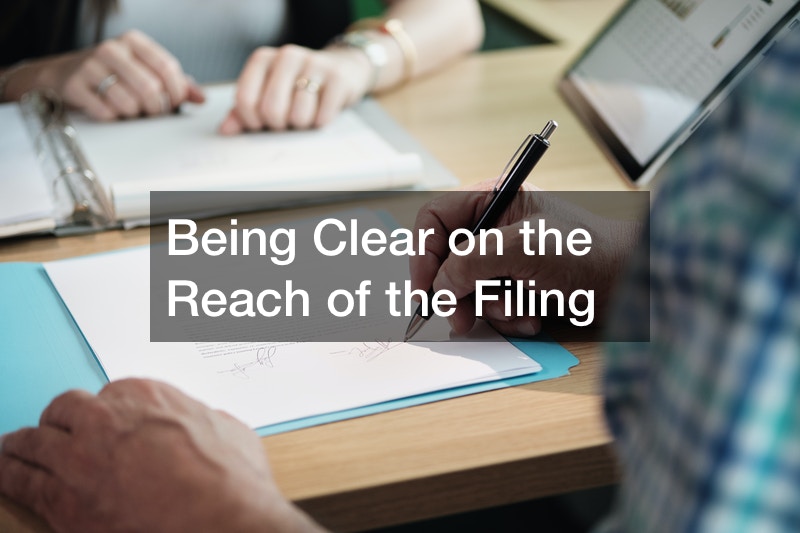 Generally, all financial activities up to six months before the filing will be examined. This is to make sure that a party is not shifting assets or money to others to hide the valuable from the court’s review and distribution to pay off declared debts. The court’s power is so extensive in this process, it can actually reverse payments made and claw the money back. As a result, the filing party has to be sure that he or she has a good set of records on all financial activities up to a year before filing as well as to point out what has been used for essentials and basics versus any transfers that need to be explained, especially involving large amounts of money or assets.

Be careful with any transfer of assets to family members, relatives, or friends. From the court’s perspective, everything will be fair game to liquidate to address debts owned. That includes jewelry, bank accounts, retirement accounts, collections, artwork, tools and instruments, family heirlooms, and a whole lot more. Some folks think the only assets that matter is those with a financial statement which is simply not true. Some folks have been rudely shocked to find themselves having to hand over their wedding rings in the bankruptcy court when the trustee or judge sees the jewelry during the proceedings. Anything that has a marketable value and can generate cash will be targeted for seizure and liquidation unless it is directly related to basic needs and the primary household.

Essentials are Okay to Pay

When essentials come up, people come up with all kinds of items they think are “essential.” In reality, the term is reserved for what is needed to maintain a person’s basic life needs. That includes food, shelter, fuel, and basic automobile insurance for vehicle maintenance to be able to commute to work and back, and similar. Utility bills for heat and cooling are in the same category. Basic health and medical bills are the same as well as possibly moving companies to let go of properties and shift to a basic core home. Paying down any past due bills for rent, taxes, and utilities is allowable as well. Child support obligations will still need to be met as well, but filers should make sure to seek an adjustment with the family law court where possible until the bankruptcy court takes over.

It’s easy to just get into more debt if bankruptcy is looming. A person’s brain tends to rationalize the situation as, what’s the problem more debt? It’s all the same when one throws in the towel. However, the bankruptcy court is not fond of someone triggering more debt when filing for financial help. So don’t go off spending, or doing trips to Vegas or home renovations. Something could seem suspicious even with a purchase at locations like used car dealerships. A party could be charged with fraud, also fouling up a bankruptcy filing and triggering criminal charges from the federal court. 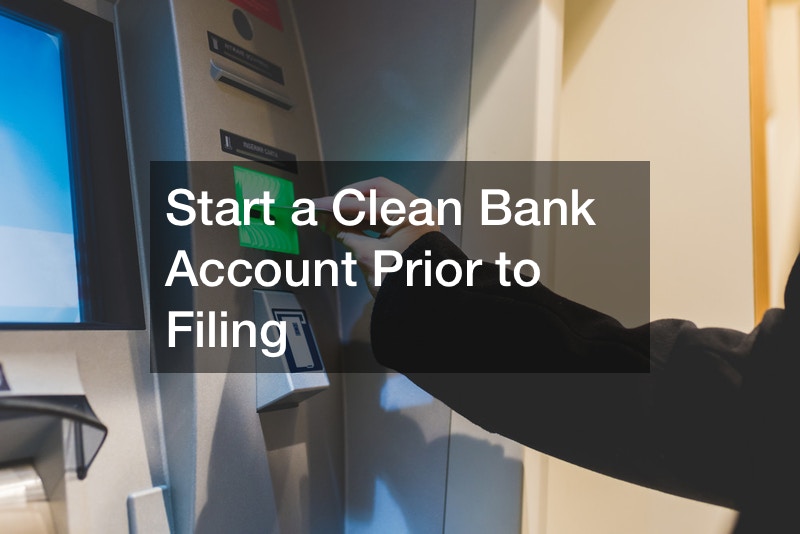 Most people have a bank account they’ve used for years. However, because of this fact, most of their debt tends to be tied to the existing bank account, either as a reference or as a direct channel for payments. That makes it a big target for lenders to go after when payments become overdue. Any loans owed to the same institution one has a bank account with a balance can be grabbed to offset the outstanding loan. By moving one’s money out and placing it in a new bank account unrelated to any lenders can protect funds needed for rent, gas, food, and medical.

As a person gets ready to file, every type of automatic payment needs to be shut down, even if it can still be paid. Regardless of being essential or not, schedule payments will still go through even after a filing because they are run by a computer. However, by canceling the payment schedule, the only payments that occur are those actively made by the party. It also saves a party from having to try to get money back if the court orders it. Money not paid is money that doesn’t have to be chased later on.

A few types of liabilities owed to the government don’t stop even with an approved bankruptcy filing. Federal student loans are one of them. Be sure that any student loan payments due are kept up or ask for a hardship deferment well ahead of a filing. Student loan agencies will delay payments under verified circumstances, but the debt won’t be dissolved by the deferment or the court proceeding.

Dealing With the Workplace 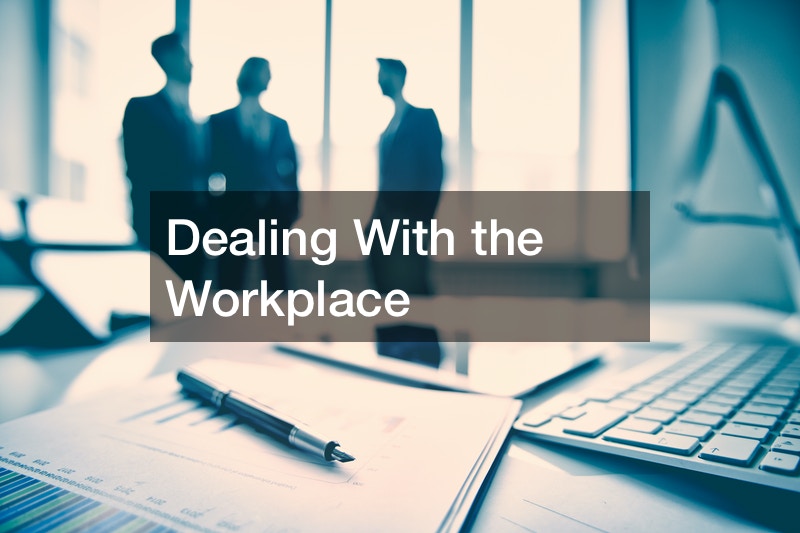 Inevitably, a filer’s workplace is going to be contacted in a bankruptcy proceeding. The court will want to know and confirm all income sources as well as make sure those sources comply with the court order. Also, various parties owned money will try to enforce collections and garnishments on a person’s paycheck until the court orders them to stop. So, at a minimum, the human resources office is going to get a notice and phone call about collections and bankruptcy details. For folks getting ready to file, it’s a good idea to have a talk with one’s supervisor and just give a basic heads up what’s going to happen in a few weeks. Doing so prepares everyone, avoids a surprise and the paperwork typically just gets processed accordingly. It can be embarrassing, but folks have to figure the case will be public anyway. So, it doesn’t matter much.

Also, be prepared that some workplaces may react negatively. Several occupations have policies that do not allow employees with financial problems, bankruptcies, or credit issues to be functioning in those capacities. Filers who are in agencies or companies with specific clearances may lose those critical authorities and have to be relocated or possibly dismissed. Bankruptcies can also make it hard or impossible to get hired in some industries. Financial brokerages and institutions specifically want to know if an applicant has ever had a bankruptcy and typically won’t hire such a candidate.

At a minimum, a filer should expect to go to financial counseling for debt and credit management. This is an essential step, and it might provide some additional options to try before filing for bankruptcy. Eventually, being a legal process, a filer should have legal assistance as well. A law firm with bankruptcy attorneys versus general law is best. A local bankruptcy attorney will be the most familiar with the local federal court rules and how to file best for the party’s situation. Expect that you need to be patient and put in time reading your filings and processes as well. Be truthful, don’t hide any assets, and remember there is a light at the end of the tunnel once you are done with bankruptcy.