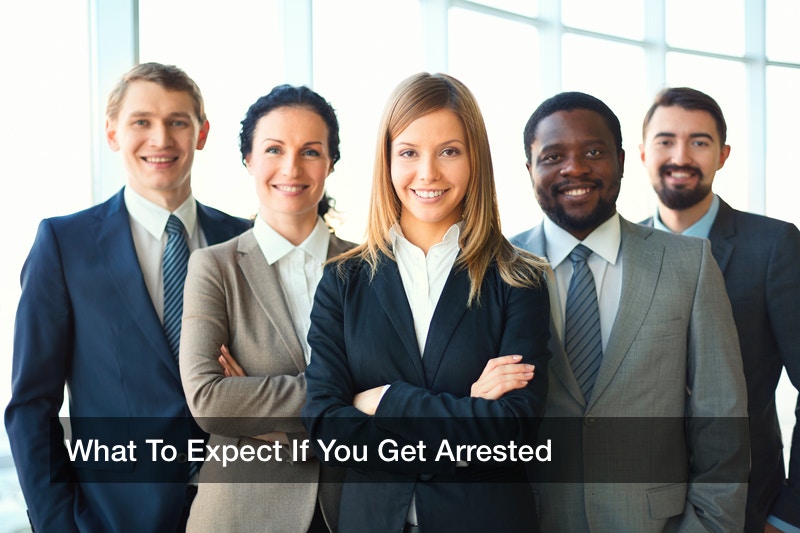 After an arrest what happens? It is a question often pondered by many. In reality, it can be almost impossible to foresee what someone who is arrested will experience since no two situations are exactly the same. This guide will provide some general information about the legal process and arrest processing in a city police precinct. In many cases, this will help you know what to expect and answer the question, after an arrest what happens?

After an arrest what happens is you will most likely be handcuffed and taken to a local police precinct. A police precinct may refer to the police station itself or an entire district of a town or city defined for police purposes. After an arrest what happens is you will be escorted to the local precinct in which the arrest occurred. This is where the first step in the process will happen, which is known as initial processing. If you are a juvenile or under sixteen years of age, the arresting police officer must immediately contact and notify a parent or other legal guardian. Initial processing will involve the arresting officer asking you a series of basic questions and you providing answers. This information is commonly referred to as pedigree information and it includes your name, date of birth, address, social security number, and so on and so forth.

At the police precinct, the arresting officer will also search your person and collect any personal items, such as keys to your house or car, a purse or other bag, money, credit cards, medication, expensive jewelry, and other valuables. If you have any illegal items in your possession, commonly referred to as contraband, these will also be confiscated. Any and all of your possession other than contraband will be held in a safe place while you are in police custody and returned to you when you are released. If you have any possessions on you at the time of your arrest that the arresting officer believes are contraband, these items will be put down on a different voucher and logged and as arrest evidence. You do not have the right to retrieve these items when you are released and will likely face additional charges related to the possession of illegal items.

After an arrest what happens is you will then be given a voucher form that lists all your confiscated property, which allows your items to be eventually returned to you at a later date. Sometimes a police officer may be busy processing more than one arrest and unable to provide you with a voucher form. In this case, ask the arresting officer for the voucher number that will be used for your confiscated items, as well as the shield number and name of the officer. Having his information on hand will make retrieving your items much easier when you are released.

If you know ahead of time that you are going to be arrested, such as in the case of voluntary turning yourself in at a police precinct or if you are going to be participating in civil disobedience, for example, you can take a few steps to prepare for the arrest. Try to leave as much personal property as you can at home, but keep two forms of picture identification on you, such as a student identification card or a current driver’s license. It would also be wise to bring some quarters for making telephone calls at the police precinct.

Once an officer collects your pedigree information, after an arrest what happens is your fingerprints will be taken. If you are being charged with a crime, which qualifies as either a felony or misdemeanor which is defined by the local Penal or Vehicle and Traffic law in your area, you will be photographed in addition to being fingerprinted. A misdemeanor is considered a lesser crime compared to a felony, but still punishable by a fine and up to one year of county jail time. On the other hand, felonies are punishable by a term in a state correctional facility or state-certified rehab centers.

If you are only being charged with offenses that qualify as violations according to your local Penal Law or workers comp law, such as disorderly conduct, you will likely not be fingerprinted. Although in certain circumstances, such as when officers cannot establish your identity, believe you are providing false information regarding your identity, or suspect that you are a wanted person, your fingerprints will likely be taken even if you were only charged with a violation.

After an arrest what happens is an officer will search their databases to check if there are any summons, unpaid traffic tickets, or any arrest or court warrants out in your name. A summons is an order to appear before a judge in a courtroom while a warrant is an official document approved by a judge that permits law enforcement to carry out certain tasks. If there are any documents or warrants in your name, you will have to wait in jail as your paperwork is taken care of prior to your arraignment. If any of these official documents or warrants were issued by another country, you may have to be transferred to that county’s jail after you have been arraigned.

In total, initial processing at the police precinct should last anywhere from four to six hours. For the majority of this time, you will be held in a cell in county jail and generally, you will be permitted to make a phone call. If you are not released on a desk appearance ticket, the next step in the process will be central booking, which is usually located in the courthouse where your arraignment will take place.

After an arrest what happens after initial processing is you will then be taken to central booking, which is a facility where alleged offenders are temporarily held as they are processed and waiting to be arraigned. Arraignment, which is the next important step in the process, is when you are first called or brought to appear before a judge to answer to a criminal charge.

When you first arrive in central booking, you will speak with an EMS paramedic. They will ask you a series of routine questions regarding your health and possible exposure to highly contagious diseases, such as tuberculosis. These questions are asked in an attempt to protect you as well as others who are waiting to be arraigned. Your answers to these questions will remain confidential. If you have a contagious condition that could be spread to other inmates or a serious medical condition that needs to be monitored by a medical professional while you are held in central booking, it is important to make the paramedic aware of this.

After an arrest what happens is you will wait in central booking until you are arraigned. While you wait, your paperwork needed for arraignment will be finished put together in the precinct offices. Once this happens, your case will be docketed or submitted to the court to be heard. While you are waiting to be arraigned, you will likely be moved several times. Once you are in the courthouse, you will likely have to wait anywhere from eight to twelve hours to see your lawyer before you can go before the judge. During your time in central booking, you will be offered meals, such as milk and cereal for breakfast and sandwiches for lunch and dinner. You also have a right to request certain items and necessities, such as water, soap, and toiletries if these items are not already provided.

While you wait in central booking, you may also speak with a representative from the Criminal Justice Agency. This is an independent agency that assesses people who are arrested and makes a recommendation to the court on whether or not bail should be set. The Eighth Amendment to the Constitution of the United States guarantees criminal defendants the right to reasonable bail and to not be subjected to cruel and unusual punishment. To improve your chances of bail being set and being released, provide the interviewer with up to date information regarding your place of residence and employment, as well as the contact information of someone who can verify the information you provide. The representative from the Criminal Justice Agency will make this recommendation based on an individual’s family ties and work history. If you need help, bail bonds are a form of payment provided on a defendant’s behalf by a bail bondsman.

After all your paperwork has been taken care of and your case has been docketed, meaning it has been assigned to an arraignment courtroom, you will be moved to a cell adjacent to the courthouse in which you will be arraigned. If you do not have legal representation, after an arrest what happens is the court will provide a criminal law attorney to represent you during your arraignment. If you wish to be represented by an attorney of your choice, they will have to submit a notice of appearance to notify the court officers and clerks. In either scenario, lawyers will be provided with a copy of your case paperwork and will consult with you before you are arraigned before the judge.

Consultations with lawyers generally take place in booths right outside the courtroom. Here you will discuss what violations or crimes you are being charged with if a plea deal has been offered by the judge or district attorney, and what course of action you plan to take. For example, if you were to have gotten into a car accident where you’re in the wrong and the other party decides to press charges, working with an accident attorney or car accident attorney will help you to best handle your case, To help your lawyer prepare the application for your release without bail, you will have to provide additional information regarding your ties to the community and contact information for a family member or friend who can verify the information and possibly appear at your arraignment. If you or a family member needs help, family intervention services are available. Once this consultation is over, the arraignment will begin.

If the judge sets an amount for bail, your lawyer will argue for a lower bail and tell the court if the defendant has a family member or friend in attendance to vouch for them. If you can not afford the bail amount that has been set, bail bonds services are available to help. Unless you are accepting a plea deal at your arraignment, it is very unlikely that you will even have to speak. If you wish to address the court during your arraignment, you should consult with your lawyer first. Arraignments are usually conducted at a fast pace, so if something happens that you do not understand, do not hesitate to ask your lawyer for an explanation.

The bailing process can be complicated. The judge will need to take several things under consideration when determining the bail and bail conditions that can be levied against a defendant. For example, if the person in custody is wealthy, they may be deemed a serious flight risk. In those cases the bail bond set could be higher than one for someone who would be expected to report for a job in the morning. Furthermore, the severity of the crime dictates the conditions as well. Violent felonies would require higher bond and stricter bail conditions than financial malfeasance, for example. In any situation, a qualified and professional bail bond agent can help guarantee release from police custody.